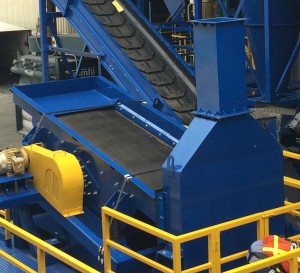 The invention, being a specific sequence of steps and classification processes, enables between 50 and 85% of the initial sub four inch material to be recycled and not added to landfills. The invented apparatus has utility for the waste recycler and benefit to the environment. Previous workers in the field have not understood the advantages of using shaker screens and methodically arranging the sequence of classification to enable economic recovery. Foregoing described embodiments of the invention are provided as illustrations and descriptions. They are not intended to limit the invention to a precise form as described. In particular, it is contemplated that functional implementation of invention described herein may be implemented equivalently in hardware and/or other available functional components or building blocks. Other variations and embodiments are possible in light of above teachings, and it is thus intended that the scope of invention not be limited by this Detailed Description, but rather by claims following. 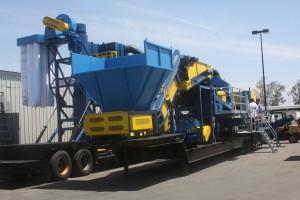 BRIEF SUMMARY OF THE INVENTION

The benefits of the instant invention include: (1) reducing the amount of residual going to landfills; (2) reduction of the carbon footprint and cost of shipping mixed plastics overseas; (3) reduction of the pollution generated in shipping this material overseas; (4) opportunities to separate other materials (non-Big 7) by material type to enable recycling; (5) Jobs are created close to where this material is collected; (6) Fraction 10 of FIG. 2A, the final fraction, may be a renewable energy source. (7) By implementing a local, secondary MRF, a first MRF is free to focus on the Big 7 materials improving the effectiveness of these plants. (8) The instant invention uses air for separation; this air separation significantly reduces ongoing maintenance costs associated with disc screen separation or that of ballistic separation. Annual costs savings using the instant invention are projected to exceed $90,000 per year per equivalent disc screen unit. There are currently two other streams that conventional MRFs do not process or separate; the instant invention discloses a method to economically sort low critical mass and/or low volume materials that represent the majority of these streams. The instant invention, also termed a “Semi-Portable Separation System”, enables separation of materials a MRF currently cannot afford to separate onsite. There are approximately 600 to 800 single steam MRFs in the United States; all use conventional technology to separate the Big 7 and paper from containers and then containers from each other. The residual steams that are left behind comprise the “unsorted trash and recyclables” from a container line and from a mixed plastics line. The container and mixed plastics residual comprise materials 12″, in a single dimension, or smaller. The targeted materials may comprise Big 7 items and mixed plastics type numbers 3-7, plus film, aseptic containers, cable top cartons, biodegradable plastics and batteries. When a material does not have some minimum economic volume then a first MRF cannot afford the investment to separate this material for reclaim.

The instant invention is focused on separating and recovering various paper, plastics and metallic objects not currently captured by conventional MRFs and not addressable with the NSF Separation Systems of U.S. Pat. No. 7,188,730. In some embodiments a “Secondary Separation System for Recyclables”, SSSR, comprises at least one shaker screen module and a plurality of pneumatic separation modules, each operating at different air velocities and operable in a fashion that removes light, large objects, such as newspaper, first and more dense, bulky objects, such as water bottles, last. In some embodiments the output of a “SSSR”, including various fractions separated within the SSSR, may proceed to optical sorting for further classification. FIG. 2 shows an exemplary embodiment of the instant invention. 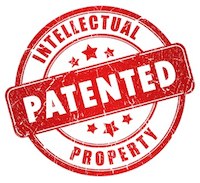